Bridge expansion and contraction due to seasonal heating and cooling is a common problem found in civil engineering. To combat this problem, engineers put expansion joints in the bridge to absorb these changes. This problem is compounded with railway bridges, where the expansion of a mile long section of rail could be as much as 4 ft over a temperature change in some climates of 100 degrees F. This could lead to rail buckling, known in the industry as “sun kink”, as shown below, and the derailment of a train. 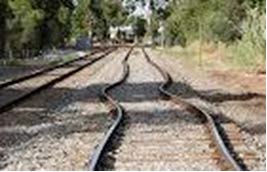 While improvements in steel tracks have evolved over the years, and prestressing techniques are used with rails and joints to help control the effects of expansion and contraction, many railway companies and mass transit agencies are taking the solution to the bridge expansion /contraction problem a step further by instrumenting the bridges themselves to find out how much the bridge has moved and to be able to determine if any structural problems exist or if any track shifting has actually taken place. By knowing that tracks have buckled or kinked, railway companies can divert trains and repair track problems before an incident takes place.

There are over 110,000 railroad bridges in North America alone, and each bridge is required to be inspected annually, but these inspections are done largely on a visual basis. Alliance Sensors Group's LV-45 series linear sensors are being used to measure bridge movements in systems like Metrom Rail's SafeStructure™ system for road and rail bridge monitoring, and as part of their SenTrack™ track monitoring system, both of which permit empirical data about the condition of rails and bridges to be tracked in real time.

The sensor's ability to survive the elements like high humidity, blowing snow, and driving rain over a wide range of temperature (-40 to 200 degrees F), as well as withstanding the inherent shocks and vibration from a train, makes this position sensor the ideal solution for such applications. Its housing is rated IP67 and is offered with various connector and cable terminations to suit virtually any environment.

As can be seen in the photo above showing a pier-to-bridge interface measurement application, the LV-45s are hard fixed to the pier and to the bridge, using ball joint swivel rod ends to take up any misalignment during initial installation. The system can measure position changes in all three axes and can track those changes over time to show short and long term trends and highlight potential problems or incipient failures before they take place.