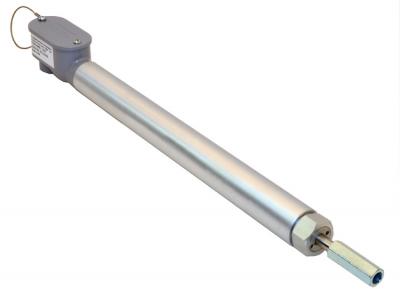 Alliance Sensors Group PGSD Series Linear Sensors are the choice in power gen valve position sensing applications on steam turbines and are designed for physically demanding use. The LVDTs mounted on a steam turbine get stepped on, have heavy things dropped on them, are subjected to steam, etc. The PGSD series are designed to operate in these kinds of punishing environments and applications, provide a level of reliability that controls engineers depend upon.

The PGSD Series linear sensors have a wire connection terminal block inside an IP-68 sealed housing, and a 3/8 inch diameter core rod in which the LVDT’s core is encapsulated so it can never vibrate loose, or break off. An available in-line ball joint on the connecting rod reduces takes up installation misalignment and a double contact shaft seal keeps dirt and grit out of the sensor’s bore. Electrical connections use Euro-style screw-clamp-type terminals for wire sizes from No. 24 to No. 14 AWG, eliminating soldering to connectors. The PGSD has a 3/4-NPS female hub that accepts liquid tight connectors, cord grips, or flexible conduit fittings. A 3/4- to 1/2-NPS female adapter is included with the sensor.

Designed and engineered to survive the long term demands of the extreme environment on the steam turbine deck, these PG sensors bring a level of confidence and high reliability to this application.

If you are looking for CAD drawings of our PGSD sensor, simply call us at 856-727-0250 or use the online contact us form by clicking here. 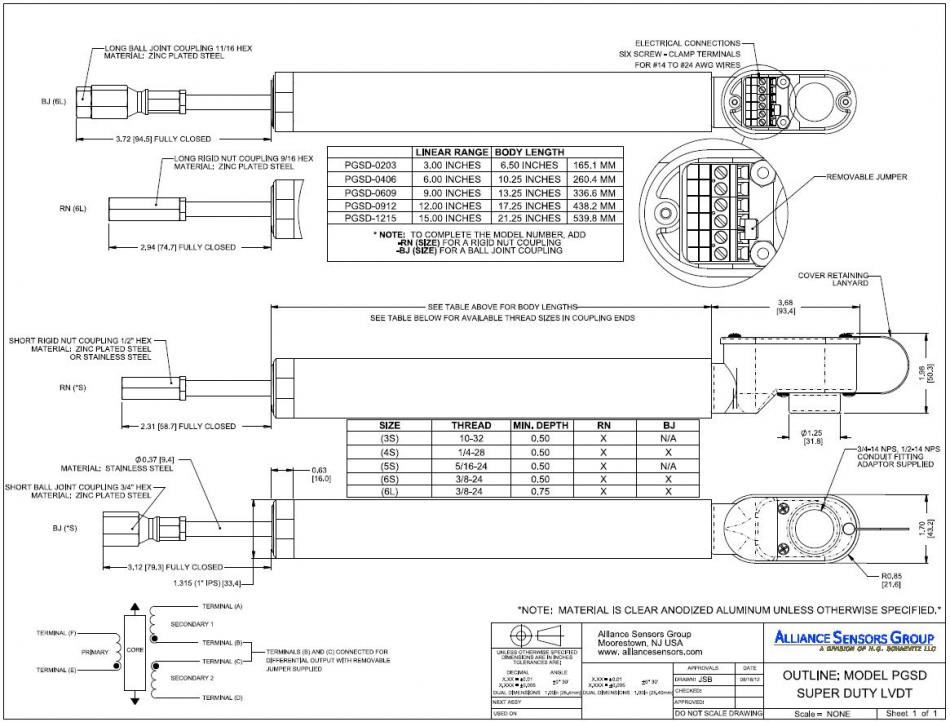